This isn't my usual type of post. It's not about the farm: it's about me.

I have been struggling with Crohn's for nearly 20 years, and have found a solution that works for me. I wish I had known about it sooner, and I hope to save other people years of needless suffering.
Please feel free to contact me if you want more info. Circulate this post to interested friends or family.


I started getting sick in my mid teens with anxiety and depression. I was on a few different meds and had counseling as well. I didn't like the side effects of the meds, and they weren't all that effective. Then by my late teens (starting college), I was having abdominal pain. Got checked for lactose intolerance (no), gynocological problems (yes, ovarian cysts and really messed up hormone levels), and eventually ended up with a gastrointerologist. They diagnosed Chrohn's and put me on more medications. I was about 20 when I received the Crohn's diagnosis.
From age 20-30, I saw a number of different doctors because I moved several times. They ALL told me that diet has no bearing on Crohn's. Over those 10 years, I was, at one time or another, on just about every drug developed for Chrohn's, incuding IV infusion therapy with Remicade. Some of the drugs helped a bit, but none gave complete relief, and certainly none of them stopped the Chrohn's from advancing.
I got married at 21 to my high school sweetheart. He noticed that every time a had a depression episode, I'd have a nasty Crohn's flareup within a day or so. I was too sick to notice, so I'm glad he was paying attention.
A friend of mine had a brother who was very, very ill with a sudden and violent onset of Chrohn's, and given a prognosis of 5 years to live, if he took a bunch of steroid drugs. Their parents went searching for other answers, and found a diet to try. Of course this caused much eye-rolling with his doctors. Amazingly, the diet worked for him...he discontinued the steroids, and was back to normal life with normal, healthy intestines within a year. He's been healthy for around 8 years now.
I was really, really skeptical when my friend told me about the diet. All the doctors I'd ever seen had ALL told me that diet didn't matter. I hate anecdotal evidence,  plus this diet sounded like a major pain in the ass to follow. So I ignored her advice.
A year later, my Chrohn's had progressed to the point where the doctor was recommending a double re-sectioning of my intestines. I was pretty horrified by the idea. I had 2 toddlers at this point, and a husband working full time, how was I going to be recovering for 2 months? And I fundamentally did not like the surgery idea, since all my reading said it is a temporary fix, and the disease will recur, necessitating more surgery in a vicious cycle. So I gave this diet a try...the doctor said it wouldn't work, but wouldn't do any harm either. He also gave me his blessings to discontinue my medications on a trial basis.
So here's what happened: for the first month, I didn't see much change. I though maybe I felt just the tiniest bit better, but possibly it was just wishful thinking. After 3 months, I was more sure that the diet was helping, but I was still sick. There were days and sometimes weeks when I felt just as bad as ever, and almost gave up, but when I took the long view, I could see there was progress. Over the next 5 years, I never went back on the meds, and very very slowly improved.
It's been about 7 years now, and still no meds. The past two years I have started bringing back some of the "forbidden" foods, with mixed results. Right now, I have definitely pushed my body too far, and will need to go back to a stricter version of the diet in order to feel better. But here's the great thing...I know that I CAN feel better, and it is all within my own control.

The diet is called "The Specific Carbohydrate Diet" and it's been around for decades. Recently it has been used to treat children with autism.  Kids with autism often have colitis, Chrohns, or other intestinal disruptions, and treating the gut diminishes (in some cases cures) their autism symptoms. Turns out there is a strong connection between our gut and our brain.

The theory is as follows: we harbor a staggering number and variety of bacteria in our intestines, really a whole ecosystem worth of them. Sometimes the ecosystem gets out of balance, and the wrong type of bacteria starts either living in the wrong part of our intestines, or in the wrong quantities. The waste products from these bacteria build to levels so high that they actually act as neurotoxins. So the bacterial imbalance poisons the brain, resulting in depression, anxiety, or autism.
So here's a brief overview of the diet.
Allowed foods:
All non-processed meat (poultry, fish, pork, liver, hamburger)
All vegetables and mushrooms
All fruit
Eggs
Nuts and beans (with some special instructions for preparation)
Some cheese (aged cheese such as cheddar, parmesaen, etc which naturally is lactose-free)
Homemade yogurt (actually really easy)
Honey

The theory of the diet is that the body has a hard time breaking up the type of carbohydrates in the non-allowed foods, and these undigested carbs are what lead to the overpopulation of the wrong bacteria, causing the intestinal irritation and mental health issues. In contrast, the carbs in the allowed foods (in the veggies and fruits) are of a different, more digestible type...hence the diet name, "Specific Carbohydrate Diet".
The #1 most important food on the diet is the yogurt. You make it yourself, and it is absolutely loaded with probiotics. If you decide to give this a try, you'll need to buy a yogurt maker that makes 1/2 gallon at a time, but it's easy...heat the milk to room temperature, stir in a starter culture, and stick it in the yogurt maker for a whole day. It takes seconds to prepare, literally.
So why isn't this miracle cure all the rage? Why don't doctors have all their patients try it? I have a several theories.
#1 It doesn't work for everyone. The diet website is pretty upfront about that. Their recommendation is to try it for one month, and if you don't feel better it probably is not going to help you. A friend of mine tried it and it didn't work at all for him. Every body is different, and Chrohn's/colitis has multiple causes including genetics, food allergies, exposure to chemicals, exposure to pest/herbicide, and prolonged antibiotic use.
#2 Nobody makes money on this diet. It requires nothing but home cooking...no prepared foods, no drugs. The diet website actually cautions against purchasing any prepared foods marketed as "Specific Carbohydrate Diet compliant" because you just can't trust a corporation to make your food. We live in a world where we get so much information from advertisements... but there's absolutely nothing to advertise or sell to anyone.
#3 Medical schools teach students to look at one symptom and find one solution (generally a drug). The schools are not very good at teaching about whole-body issues.  They will give you a drug for diarrhea, a drug for anemia, and a drug for depression, and never think about how the three problems are linked: your intestinal bacteria are out of whack, causing irritation and neurotoxins, leading to symptoms of diarrhea, blood loss, and anxiety.
#4 This diet is not really a diet, but a lifestyle change. In some cases, it will take 1-2 years. For others, it will need to be a permanent change. This is a really, really hard thing to do. It makes quitting smoking look like a joke. A lot of people just aren't going to be willing to make the needed changes.

Links for further reading:
www.breakingtheviciouscycle.info/‎
pecanbread.com/‎
www.lucyskitchenshop.com/‎
Posted by The Socks family at 6:03 AM No comments: 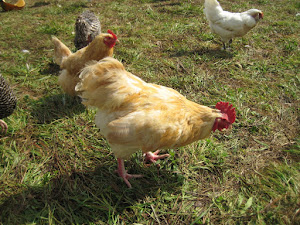